The Yountville AVA is a Napa Valley Appellation named after the American pioneer, trapper and frontiersman George C. Yount. He was the first person to plant grapevines in the area in 1836.

Yountville’s wines are among some of Napa Valley’s most elegant, refined and intricate creations, from Cabernet through to white grapes. The elegance comes from Yountville’s more southerly position which means it is constantly experiencing fog and wind. The wines are supple as they come from a low elevation region without mountain influence. But the same benchland that runs through Rutherford and Oakville extends here, creating a very favorable growing area for Cabernet. So the wines are similar to Rutherford and Oakville bench Cabernets in that they are complex with finely knit tannins, yet tend to be lower in alcohol due to the cooler climate.

Yountville is of course also justifiably famous as being a jumping off point for Napa Valley’s tourists. Some of the regions finest hotels and restaurants are located in this quaint village.

The area making up the Yountville AVA and the town of Yountville is named after the American pioneer, trapper and frontiersman George C. Yount. He was the first American settler in the area which was originally part of the Rancho Caymus land grant, two leagues of land given to Yount in 1836 by Governor Nicolas Gutierrez, with influence from Yount's friend General Mariano Vallejo. As the first major landowner in the area, George Yount had a large influence on how the region would develop, even after his death. The town now called Yountville was originally named Sebastopol when founded by Yount in 1855, but after his death in 1867 the town was renamed to Yountville. George Yount is credited with planting the very first grapevines on his property in the 1840s and making wine using traditional processes, trampling grapevines with bare feet and storing grape must in suspended ox skins. When the fermentation process was finished, the wine was drained through a hole punched in the skin.

George Yount's original rancho would eventually grow to become some of the most valuable vineyard real estate in America. In 1864, George Yount gave a 1040 acre portion of the Caymus Rancho to his granddaughter Elizabeth and her new husband Thomas Rutherford as a wedding gift and that area, now called Rutherford, still bears their name to this day.

Wine production in the area diminished during the onset of Phylloxera and later Prohibition, but today is home to over 3000 acres of planted vineyards, over 100 winegrowers and over 20 winemakers.

Yountville was officially recognized as an American Viticultural Area in 1999. Today the Yountville AVA and town of Yountville are widely renowned for their world class vineyards, wineries and restaurants.

"Yountville in the heart of Napa is gifted with a gentle micro-climate, providing grapes plenty of time to develop rich, complex flavor compounds whilst retaining natural acidity. The alluvial and loam gravelly soils allow roots to sink deeply resulting in wines that are a true reflection of their terroir."
- Ivo Jaramaz, Grgich Hills Estate 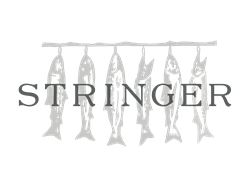 Cabernet Sauvignon from the historic Ghostblock Vineyard in just north of the town of Yountville next to the cemetery.

The 2014 Cabernet Sauvignon Brion ‘Sleeping Lady Vineyard’ comes from a parcel south of Yountville in southern Napa Valley. The vineyard sits on the westside bench. This is the second vintage of the wine. 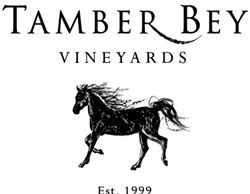 A rare bird. This Signature Collection wine is our original 100% Dijon clone Chardonnay from the Deux Chevaux Vineyard in Yountville, which we have been producing since 2001. 100% barrel fermented and barrel aged. Elegant, rich, lingering finish. 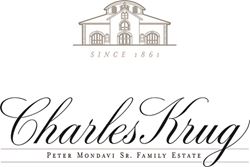 Our famed Slinsen Vineyard Estate Cabernet Sauvignon is now available as a single-vineyard bottling, along with our prized Voltz and Cold Springs. This vineyard, in the Yountville AVA, is refined yet powerful and intense.