The Diamond Mountain AVA is a sub appellation of the Napa Valley AVA located in northwestern Napa County. The Diamond Mountain District rises up into the east side of the Mayacamas mountains, southeast of Calistoga and is named after the prodigious amounts of obsidian and volcanic glass present in the volcanic soils.

The Diamond Mountain District AVA benefits from its relatively higher elevation by facing less extreme heat than the valley floor and typically remains frost-free during the winter months. Though the Diamond Mountain District lives in the warmer northern end of Napa Valley, the Diamond Creek river drainage allows a channel of cool air to penetrate the hillside, prolonging the growing season and mitigating late season heat spikes. Furthermore, as the majority of vineyards are east-facing, they are protected from the hot afternoon sun. These factors, along with the elevation and meager soils, combine to make for powerful ripe wines that are rich in sturdy tannins and bright acidity.

Cabernet Sauvignon is the dominant grape. The soils are primarily volcanic in origin though aren’t as red in hue as found regularly across the valley. As with Mount Veeder, much of the terrain of Diamond Mountain is too severe to be cultivated, so the majority of the mountain remains covered in thick redwoods.

The history of Diamond Mountain District as a wine growing area begins in 1862, when Jacob Schram purchased property on the east side of Diamond Mountain for the purposes of planting grape vines. He had previously worked as a barber in White Sulpher Springs and Napa City before moving to Diamond Mountain for his health. Schram and his wife went into the fields themselves and planted a small section of grapevines. From this humble beginning, "Schramsberger" wine went on to become one of the most recognizable brands in the world. To this day Schramsberg winery still bears his name.

Similar to other appellations in Napa Valley, wine production in Diamond Mountain District diminished during the outbreak of Phylloxera in the 1890's and then Prohibition in the 1920's. However, in the mid-1960's wine production returned to Diamond Mountain when the old Schramsberg property was purchased by Jack and Jamie Davies. Other winemakers returned as well in through the 1960's and 1970's, with Al Brounstein, Rudy Von Strasser and Andre Tchelistcheff developing vineyards in the area. 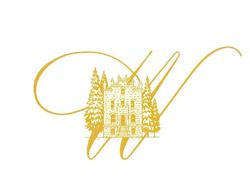 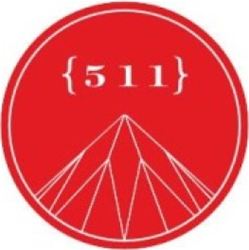 This 2009 Cabernet Sauvignon comes from a unique one-acre vineyard on a west-facing hillside in the Diamond Mountain District of Napa Valley. Planted in rocky, white-ash soil, this unique site provides low-yielding, small berries, that reveal a rich and concentrated wine with flavors of blackberries and cassis.

The Vice 2018 'The Spectors' Cabernet Sauvignon