The Spring Mountain District AVA is a Napa Valley Appellation known for its exposure to the coastal influence of the Pacific Ocean, making it the coolest and wettest of all the Napa Valley AVAs.

"Spring Mountain District is located west of St. Helena in Napa Valley, California, on the eastern slopes of the Mayacamas Range that separates Napa Valley and the Sonoma Valley. It lies approximately 30 miles east of the Pacific Ocean and 25 miles north of San Pablo Bay. The steep terrain of this region is primarily made up of eastern facing slopes with good drainage and elevation ranging from 400 to 2600 feet above sea level.

Spring Mountain’s craggy façade mean that the vineyards tend to be small, spread out and surrounded by forest. This provides some shade and protection for the vines, as does the east-facing hills. The elevation also mitigates Napa Valley’s heat so in general Spring Mountain Cabernets are quite tannic and ageworthy as well as elegant and not overly fruity.

Cabernet Sauvignon is not the only grape grown in the Spring Mountain District. The region’s variegated topography and range of microclimates makes a happy home for a wide range of varieties, from Chardonnay and Riesling to Pinot Noir and Merlot. The southern half of the appellation is classic Franciscan Mélange – chunks of ocean crust are even apparent at high elevations – while the northern end enjoys similar volcanic soils to what is seen in the Diamond Mountain District.

The unique character of grapevines grown on Spring Mountain result from a complex interaction of various geographical elements. While the steep, well drained soils of the area provide grapevines with sufficient moisture during the majority of the growing season, they also cause stress on the vines during the late summer and early fall, which limits grape yields and produces smaller grapes with higher flavor concentration.

The area where the modern appellation of Spring Mountain District is located was originally called "Sierras de Suscol" or "Suscol Hills", by the Spanish. Then in 1841 became part of the Rancho Carne Humana land grant, which was given to Dr. Edward Turner Bale by General Mariano Vallejo as payment for his services as "Surgeon-in-Chief of the Mexican Army." When Dr. Bale died in 1849, his family started to sell off portions of the vast land grant.

The name Spring Mountain does not refer to a specific peak or mountain, but refers to the general highland region west of St. Helena, historically blessed with numerous springs. The town of St. Helena utilized reservoirs located in this area as its primary source of drinking water up until the late 1920's.

The first documented grape grower in the region was Charles Lemme, who established the La Perla Vineyard, south of York Creek, in 1874. By 1880 he was producing 13,000 gallons annually. Other early pioneering winemakers soon followed, including the Beringer Brothers in the 1880's and Tiburcio Parrott who established the Miravalle vineyard and whose wines took first place at the San Francisco Midwinter Fair of 1894 and a gold medal at the World's Fair in 1896.

From the turn of the century to 1940, grape growing and wine production faced a decline during the Phylloxera epidemic and the onset of Prohibition, but saw a resurgence when Fred and Eleanor McCrea planted their vineyard in 1946 and then founded Stony Hill winery in 1953. Since then, numerous vineyards and wineries have been founded in the area, with over 30 winegrowers represented in the region today.

The Spring Mountain District AVA was officially designated an American Viticultural Area in 1993.

"Spring Mountain District earned its name due to the prevalence of natural springs all over the mountain. As the western-most ridge of the napa valley, it captures the most rainfall off the Pacific of all the Napa Valley AVAs. Loose volcanic soils allow roots to penetrate deep underground in an environment where vines grow with moderate nutrient and water stress, creating wines with rich fruit and balanced yet bold tannins."
- Andrew Schweiger, Schweiger Vineyards 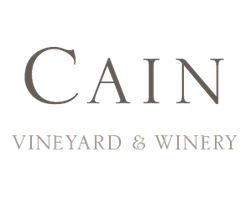 Estate Grown in the Cain Vineyard, cradled in a bowl of ancient seabed on the crest of the Mayacamas at the southern edge of the Spring Mountain District.

A single vineyard Cabernet Sauvignon from the Spring Mountain District. 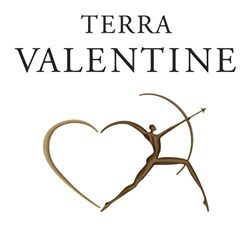 I have always wanted to make a Spring Mountain District Petite Sirah. This is from a head-trained vineyard up here at the top of the mountain planted by the late Dennis Fife to a heritage clone of Petite Sirah taken from 80 year old vines.

One of the few Chardonnays coming from Spring Mountain District. Our terroir produces a wine with deep minerality and ripe stone fruit flavors.