Los Carneros AVA is an American Viticultural Area which spans across parts of Sonoma and Napa counties. known for a significanly cooler climate due to its proximity to fog and cooling breezes of the San Pablo Bay.

Los Carneros AVA is a American Viticultural Area that spans across parts of Napa Valley and Sonoma. Los Carneros is known for its relatively cooler temperatures due to the marine fog and breezes coming in off the San Pablo Bay. Carneros is unique among American appellations in that it spans both Napa and Sonoma counties; because of this, it is not technically a “nested” AVA of Napa Valley and the Napa part of the area is referred to as “Los Carneros.”

Carneros is composed of a series of low rolling hills that sit above the San Pablo Bay and beneath Mount Veeder. The soils are predominately sandy loam over clay. Because of the cooling influence of the Bay and regular fog and ocean breezes, Carneros is widely considered to be “Napa’s Burgundy,” as Pinot Noir and Chardonnay thrive here. That said, it might be more accurate to call it, “Napa’s Champagne” because multiple sparkling houses have set up shop here and produce truly world-class sparkling wine. Carneros has also been gaining attention recently for its Merlot, which loves the clay soils and excels in the warmer pockets of the region.

The relatively cooler climate of Los Carneros makes it suitable for varietals such as Chardonnay and Pinot Noir. Carneros may be cooler than Napa Valley proper but it is considerably warmer than the Sonoma Coast, so the Pinot Noirs tends to be comparatively ripe, round and rich with an intense core of cherry fruit. The Chardonnays can be both powerful and bright with pronounced minerality. Los Carneros AVA was officially recognized as an American Viticultural Area in 1983 and was the first AVA to be purely defined by climate characteristics instead of geographical characteristics.

The name Los Carneros translates to "The Rams" in Spanish and dates to the 1830's when this region was controlled by the government of Mexico. Throughout the 1830's and 1840's, General Mariano Vallejo played a large part in the creation of many of Napa Valley Appellations through his practice of awarding large plots of land, or Ranchos, to friends and family. The area now known as Los Carneros AVA is comprised of at least three of these original Mexican land grants, Rincon de los Carneros, Entre Napa and Huichica Ranchos. The Ranchos Rincon de los Carneros and Entre Napa were given to Nicola Higuerra, a former soldier and Alcalde of Sonoma. Rancho Huichica was given to Vallejo's son-in-law, Jacob Leese.

Wine production in Los Carneros diminished during the outbreak of Phylloxera in the 1890's and then Prohibition in the 1920's. However a resurgance in grape growing and wine production bagan in 1942 when winemaker Louis M. Martini bought the old Stanly Ranch property and other large producers began to recognize the potential of the area for cultivating grapes used in sparkling wine.

Now, the Los Carneros AVA is composed of over 8000 acres of vineyards and home to more than 20 wineries. Since then various new vineyards have been planted, often taking advantage of favorable sites previously planted in the 1800's. Los Carneros was officially recognized as an American Viticultural Area in 1983.

"Carneros is the southeaster-most AVA and is heavily influenced by its proximity to the San Pablo Bay. Carneros is generally the coolest AVA in the warm summer months, often covered by fog in the mornings coming off the bay. This provides for a slow, steady ripening of the grapes and wines that are fresh and vibrant, with natural acidity."
- Anthony Truchard II, Truchard Vineyards

"This region is more suited to the early ripening grape varieties - Pinot Noir and Chardonnay. These wines, when produced at our winery from Carneros region grapes, are significantly different in character to those produced from the same varieties grown in vineyards to the north of Carneros."
- Thomas B. Selfridge and Anthony A. Bell, Beaulieu Vineyard 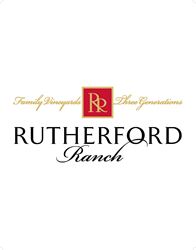 This vineyard is in the Los Carneros District of Napa Valley. The vines were planted over several years with Clone 4 and Wente clone chardonnay. These clones do best in heavier clay soil sites like our Estate vineyard. The weather in Carneros is ideal for growing Chardonnay. 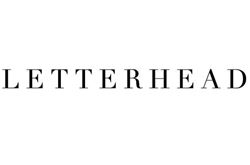 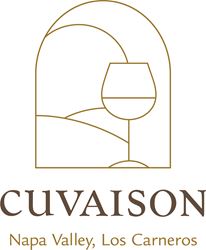 For the past four decades, Cuvaison has focused on making estate-grown Chardonnays and Pinot Noirs from its renowned vineyard in Napa Valley’s Los Carneros AVA.