The Saint Helena AVA is a Napa Valley sub-appellation located in the narrower northern valley floor and known for diverse soils and consistentely warm weather.

St. Helena’s northern location on the valley floor means that it experiences only occasional morning fogs; this makes for a fairly hot appellation and indeed sometimes St. Helena can be hotter than Calistoga. Because of this, Cabernet Sauvignon from St. Helena tends to be quite decadent, with higher alcohols due to the warmer temperatures of the region. One exception is the western benchland where some producers such as Spottswoode, Anomaly and Corison are able to make wines in a more elegant style due to the protection afforded by the nearby Mayacamas against the hot afternoon sun.

This AVA has an unusual shape, like an hourglass, as it encompasses the narrowest part of the valley. The northern half of the appellation is similar in feel and temperature to Calistoga, while the southern half is kin with Rutherford. The soils vary from gravelly loam in the west to volcanic in the east. The appellation is also unique in that it contains alluvial fans on both sides of the valley.

The St. Helena AVA is named after the town and mountain with the same name within the larger Napa Valley AVA, but originally the town of St. Helena was a Native American village inhabited by the Wappo people who are thought to have lived in the area since as early as 2000 B.C. The original name of the village was "Anakotanoma", which translates to "Bull Snake Village." The nearby mountain, Mount St. Helena, was originally named "Kanamota" or "Human Mountain" by the Wappo people. Later, the mountain was named "Mount Mayacamas" by Spanish colonists, but finally it was named Mount St. Helena by a Russian survey party who climbed the peak in 1841. To memorialize their visit, they left a plaque at the top of the mountain that was inscribed with the date and the name of Princess Helena de Gagarin, the wife of their commanding officer Alexander G. Rotchev at the former Russian outpost of Fort Ross (Крѣпость Россъ) in Sonoma County.

The area in which the modern town of St. Helena is located was originally part of the Rancho Carne Humana land grant, which was given to Dr. Edward Turner Bale in 1841 by General Mariano Vallejo as payment for his services as "Surgeon-in-Chief of the Mexican Army." When Dr. Bale died in 1849, his family started to sell off portions of the vast land grant.

The modern town of St. Helena was founded by Henry Still, who purchased 126 acres of land from Dr. Bale's widow in 1855. This original property was located on the west side of the county road in between Sulpher creek and the future Madrona avenue. Lots were given for free to anyone willing to start a business. The town was offically incorporated on March 24, 1876 and shortly after the first railroad reached St. Helena, bringing commerce, farming resources and tourists.

Some of the first grapevines in the area were planted by George Belden Crane in 1860 and by 1874 his winery was producing over 500,000 gallons of wine per year. Another Napa Valley wine pioneer, Charles Krug also founded his winery in 1861, which is now the oldest wine estate in Napa Valley.

This highly collectable wine is “Saint Helena” in its purest form; 100% Cabernet Sauvignon from the heart and soul of the 35 year old vines grown on the legendary Crocker Estate. Huge aromas of fresh violet, dark cherry and savory purple plum linger at the rim. Explosive layers of fresh blueberry, cassis, boysenberry and graphite are the leading flavors. Supple tannins and a mouthwatering acidity transition to a full and lingering black fruit finish. The 2010 Cabernet Sauvignon ‘Stone Place’ strikes a rare harmonic chord of power and elegance. Delicious to drink now, it will definitely age gracefully over the next 20 years.

Winemaker Aaron Pott formerly purchased fruit from this vineyard when he worked for another well-known Napa Valley Cabernet winery, and now helps create this flagship Cabernet for Saint Helena Winery. 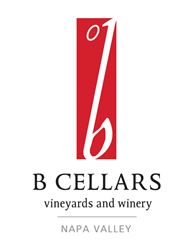 Dr Crane Vineyard is planted alongside an ancient river bed in the heart of Saint Helena. These vines are anchored in the soil rich with rock and silt deposits. Originally planted in 1858, this vineyard has proven itself time and time again to produce Cabernet Sauvignon of great distinction. This Dr. Crane Cabernet Sauvignon is a testimony to the unique gravelly loam terroir, and the excellent winegrowing practices of the Beckstoffer family.

Our Saint Helena Cabernet Sauvignon is energetic while full, and chalky tannins lend structure. On the nose, ripe blackberry and black currant with savory herbal notes and mild sage character. The freshness of the herbal notes gives way to rich blueberries, blackberries, and ripe dark fruit with a hint of black pepper. Well -integrated oak and notes of vanilla, coffee and tobacco throughout fully express the tannins yet don’t overpower the long, smooth finish.