The Howell Mountain AVA was the first mountainous nested appellation to be established, with the southern boundary of the AVA beginning at 1400 feet above sea level.

owell Mountain was the first mountainous nested appellation to be drawn and declared. It is also unique in that, unlike the other mountains which run down to connect with the valley floor appellations, the AVA’s southern boundary is 1,400 feet (427m) above sea level. This boundary was selected by the AVA’s founders because that was the elevation at which the fog crested. The thinking was that vines grown above this elevation would be dramatically dis- tinct from those grown beneath.

The area in which the modern appellation of Howell Mountain is located was originally called "Sierras de Suscol" or "Suscol Hills", by the Spanish. Then in 1841 became part of the Rancho Carne Humana land grant, which was given to Dr. Edward Turner Bale by General Mariano Vallejo as payment for his services as "Surgeon-in-Chief of the Mexican Army." When Dr. Bale died in 1849, his family started to sell off portions of the vast land grant.

Howell Mountain and the Howell Mountain AVA are named after the Isacc Howell family, early settlers who moved to the area in 1846. In 1877, two of the area's first winemakers, Jean Adolph Brun and Jean V. Chaix planted 20 acres of grapevines from seven varieties which were sourced from Medoc in Bordeaux. They were among the first to operate successful vineyards in the area during the wine boom of the 1880's. They founded Nouveau Medoc Cellar and later Howell Mountain Winery in 1886, which was one of the most expensive construction projects in Napa at the time. Other early Howell Mountain winemakers included Charles Krug, J. Thomas and George McMee.

Howell Mountain first made history as a recognized wine producing region in 1889 when winemakers Brun and Chaix won a bronze medal at the Paris World Competition. However, with the outbreak of Phylloxera in the 1890's and Prohibition in the 1920's, winemaking in the area came to a standstill. All the wineries in the region closed and vineyards were either abandoned or replanted with different crops. It was not until the 1960's when interest in winemaking returned to Howell Mountain. The region was officially designated an American Viticultural Area in 1983 and was the first sub-appellation of the larger Napa Valley AVA. It is also the first mountainous nested appellation to be established, with the southern boundary of the AVA beginning at 1400 feet above sea level.

"The terrain of Howell Mountain is often steep hillsides with vineyards nestled between forests of pine, fir and oak trees. When the valley floor is covered in a blanket of fog, Howell Mountain is above the fogline, taking in the sunshine. The resulting wines, specifically Cabernet Sauvignon, are intensely structured, filled with great red fruit flavors and can age beautifully in a bottle for 20+ years."
- Danielle Cyrot, Cade Estate Winery 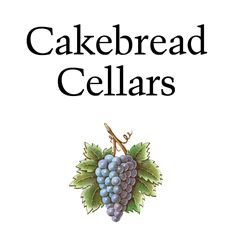 Our 2003 Dancing Bear Ranch on Howell Mountain Cabernet Sauvignon displays a wonderfully complex aroma of sweet black fruits (currant, plum and blackberry) mingled with notes of chocolate, clove and ginger. The wine’s rich flavors are juicy, deep and long, with a spicy/herbal tone that evolves into an intriguing tea-leaf spiciness in the wine’s long, satisfying finish. The firm tannins and youthfully compact structure of this lovely Bordeaux-style red, a classic mountain wine, argue for extended cellaring, although it provides great pleasure now when decanted and paired with grilled steaks marinated in a zesty pepper sauce. 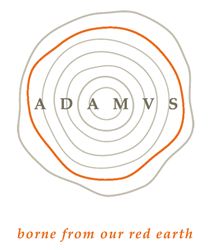 Embodying the rich diversity of our estate, QUINTVS artfully brings together grapes from the most distinctive ADAMVS vineyard blocks, in an intense and rigorous barrel selection. The result is a wine that displays the essence and intensity of Howell Mountain, alongside abundant lush dark red fruit elements yielded from our mineral driven soils. 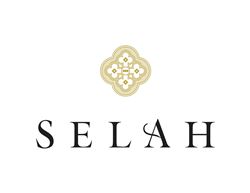