The Oakville AVA is a Napa Valley sub-appellation known for its warm climate on the valley floor, which is well suited to wine production. The Oakville AVA is the location of many famous and historic vineyards, including the historic To Kalon vineyard.

Oakville is located in the heart of Napa Valley. This means it experiences both the heat of the northern reaches and the cooling influence of the Bay’s fog and breezes. Because of this, of the Cabernet-centric valley floor appellations (St. Helena, Rutherford, Oakville), its wines, while ripe and powerful, tend to exhibit remarkable finesse and energy. Furthermore, in the western hillsides where the vines are sheltered from the afternoon sun, the wines tend to be more brooding and mineral rich, while those on the volcanic eastern hills that bask in the afternoon sun are dusty, sanguine, with dried fruit tones.

Oakville’s soils vary considerably. In the east they are rust-red and iron-rich with abundant volcanic material mixed into the gravel and loam. In the center of the valley, the soils are deeper, darker in hue and primarily loam-based. The western edge features the famous gravelly fans that include Martha’s Vineyard and To Kalon. Just above this bench, estates such as Harlan are perched on a mix of sedimentary and volcanic rocks and soils.

The Oakville AVA is located in the north of what was the original Rancho Caymus land grant, awarded to early Napa Valley pioneer George C. Yount in 1836. The land grant consisted of two leagues of land bestowed by Governor Nicolas Gutierrez, with influence from Yount's friend General Mariano Vallejo. As the first major landowner in the area, George Yount had a large influence on how the region would develop and was the first person to plant Mission grapes in the region.

Oakville, the town at the center of the Oakville AVA, started out as a water stop in the 1860's for the Napa Valley Railroad Company. The small village that grew around it supposedly took its name from the numerous dark green valley oaks that existed in the area at the time. In 1868, H.W. Crabb, an early Napa Winemaker, purchased 240 acres of land close to the Napa River and established a winery there, calling it "To Kalon", or "The Highest Beauty" in Greek. By the late 1870's, Crabb was producing over 50,000 gallons of wine per year produced from his 130 acres of planted vines.

Today the Oakville AVA has over 5000 acres of land planted to grapevines, with over 50 wineries sourcing their grapes from this appellation. The University of California, Davis currently maintains a 40 acre research vineyard and laboratory facility called Oakville Station. The Oakville AVA was officially designated an American Viticultural Area in 1993.

"It’s all about the place. The Oakville AVA is the epitome of viticultural variations on a diverse theme of bedrock, soils, climate, weather, water, exposure and elevation. The people drawn to farm and make wines from Oakville grapes play a large part in its greatness as they seek to make wines that are pure and transparent, sculpting the essence and adding subtle nuances to express their unique sites."
- Michael Silacci, Opus One

*This is a Barrel Sample* The Secret Garden is a hidden oasis and historic vineyard that sits at the base of the Mayacamas Mountain Range in Napa Valleys famed Oakville bench. This wines remarkable pedigree and the opportunity to share it among family and friends led us to seek out this special vineyard. Wonderfully gravelly earth and meticulously farmed grapes produce a wine of complexity, nuance, elegance and femininity.

This is a nuanced and full-bodied Cabernet, with the beautiful fruit of the famous Oakville red soils.

The grapes for the Limited Release Oakville Cabernet Sauvignon are grown in the eastern edge of the Oakville AVA, near the Vaca Mountain Range. The area is known for moderate, even weather that encourages smooth, well-balanced wines of finesse. 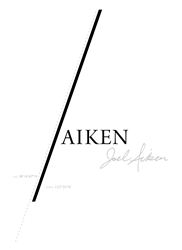 This Oakville Ranch Cabernet Sauvignon is powerful yet silky smooth.