The Calistoga AVA is a Napa Valley Appellation located in the northern part of Napa County, California. The Calistoga Appellation features volcanic soil and is known for its high diurnal variation, or the intraday change in temperatures from high to low during growing season.

The Calistoga AVA is the most northerly of the “valley floor” appellations and also the hottest. It is surrounded by mountains on three sides, except where it borders St. Helena to the south. Here the valley floor is higher than in the south, so the lowest elevation is around 300 feet (91m). The soils are primarily volcanic in origin and volcanic activity still abounds in the region – Calistoga first became famous for its mineral-rich hot springs. Indeed, it’s very name hearkens to this, Calistoga standing for “California Saratoga.”

Calistoga’s orientation – ringed by mountains and far away from the cooling influence of the San Pablo Bay, creates a hot environment that makes for some ripe, rich reds that are dark in color and deep in flavor. That said, there are cooler micro- climates where elegance is achieved, such as in the northeast canyons where alpine drafts flow down from the mountain, delaying ripening and helping to retain acidity. The Chalk Hill Gap to the west is also an important feature, as it allows some Pacific influence to penetrate.

Calistoga is located at the top of the Napa Valley and is one of the most geologically uniform of all the Napa Valley AVAs, featuring primarily volcanic soil. All of the Calistoga AVA lies above 300 feet above sea level and vineyards are planted as high as 1200 feet above sea level. Typically higher elevation corresponds with cooler night time temperatures allowing for more acid retention and more balanced wines.

The upper Napa Valley where the Calistoga AVA and the town of Calistoga are currently located was originally the home of indigenous native Americans called the "Wappo" tribe by Spanish and Mexicans. What would become Calistoga was the location of several early native villages. The Wappo considered the area to be a healing place due to the natural hot springs and called it "Nilektsonoma", which translates to "Chicken Hawk Place." The area was known as "Hot Springs" to the early Americans and "Aqua Caliente" by Spaniards and Californios.

In 1841 the area in which the Calistoga AVA is located was part of the Rancho Carne Humana land grant, which was given to Dr. Edward Turner Bale by General Mariano Vallejo as payment for his services as "Surgeon-in-Chief of the Mexican Army." When Dr. Bale died in 1849, his family started to sell off portions of his vast land grant.

In 1867, Samuel Brannon purchased 2000 acres of what is now Calistoga with the idea of founding a hot spring spa, similar to one at the time called Saratoga Springs in New York. The name of the town of Calistoga and the appellation dates back to 1867 when early settler Sam Brannan established the town of Calistoga. It is said that the name of Calistoga was inspired by a slip of the tongue. While talking about a future "Saratoga of California", he accidentally said "Calistoga of Sarifornia" and the name was born. Samuel Brannon was also the first person to plant grape vineyards in the area in 1862.

While Calistoga was recognized as a distinct wine growing area in the 1881 book "History of Napa and Lake Counties", it was officially recognized as an American Viticultural Area in 2010. When the appellation petition was first filed by Bo Barrett in 2003, there were two local wineries who did not support the proposal because United States Wine Law requires that wineries use at least 85% of grapes produced in appellation if they use the appellation name on branding. While the petition for the Calistoga AVA was eventually approved in 2009, the wineries located within the AVA were allowed three years to become compliant with the law or change their name.

"Calistoga AVA is topographically more diverse but geologically more uniform than these other AVAs that include valley floor environments"
- Jonathan Swinchatt, PhD 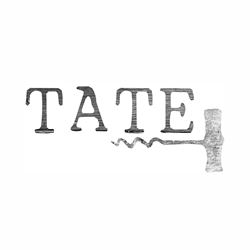 This big voluptuous Merlot comes from the Reason vineyard off of Silverado trail in Calistoga. Meticulously farmed and carefully guided through the winemaking process this Merlot expresses true varietal character and Napa Valley itself.

Located in the northernmost region of the Napa Valley our stunningly beautiful Calistoga estate is home to Davis Estates. The estate sweeps up from the famous Silverado Trail on the valley floor to 1,100 at its crest. This vast contrast of elevation, combined with a wide range of well draining volcanic soils and micro-climates, creates an ideal place to grow our preeminent grapes.

The Calistoga Reserve Cabernet Sauvignon is made in extremely limited quantities, and is available exclusively to wine club members. 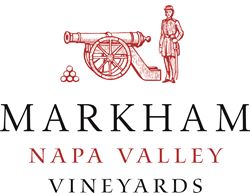