The Chiles Valley AVA is a sub-appellation of the Napa Valley AVA, located in the north central region of Napa County. It was originally recognized as an American Viticultural Appellation in 1999 following the petition filed by Mr. Volker Eisele, owner of Volker Eisele Vineyard and Winery.

Chiles Valley is located on the eastern side of the Vaca mountain range, far from what many would consider to be Napa Valley “proper.” It is a long, skinny, high-elevation valley that boasts more vineyards than wineries and enjoys primarily volcanic soils.

The valley of Chiles Valley is completely ringed by mountains so, while the elevation plays a cooling role, the valley’s architecture can sometimes act like an oven, trapping the hot air. And while it is hard to define the taste of Chiles Valley wines since much of the fruit is blended into larger Napa Valley cuvees, the few wines that do hail exclusively from Chiles Valley tend to be fully-flavored but with a notable elegance, due to the prolonged growing season created by the elevation.

Chiles Valley was named after the early American pioneer Joseph Ballinger Chiles, who was one of the first settlers to receive a Mexican land grant in the area in 1841. Originally called Rancho Catacula, it was given to Chiles by Mexican Governor Manuel Micheltorena, the last Mexican Governor of California. The Rancho Catacula land grant consisted of two leagues along Chiles creek in northeast Napa Valley. In 1845 Joseph Chiles erected the first American flour mill in northern California in this area.

In the 1870's, the first winery in Chiles Valley was established by Francis Sievers, a pioneer from Germany. He went on to found "Lomita's Vineyard and Winery". The original winery building still exists to this day.

In the 1890's when Phylloxera arrived, killing over 80% of vineyards in Napa Valley, the grapevines of Chiles Valley were relatively untouched due to the area's isolation. There are still some pre-phylloxera Zinfandel grapevines alive to this day, that produce low yielding grape harvests with dense and concentrated flavor.

Prohibition during the 1920's put an end to wine production in Chiles Valley and remained nearly nonexistent until the 1970's. In 1972, the Meyers family became the first to replant vineyards in the area, on land that had previously been used for raising thoroughbred horses. Since 1974, Chiles Valley has been the home of Volker Eisele Family Estate and its owner Mr. Volker Eisele was the original petitioner for the creation of the Chiles Valley AVA.

"The valley forms a perfect funnel that channels the refreshing winds from the Pacific Ocean, cooling Chiles Valley during the heat of the afternoon and occasionally settling to create a layer of marine fog; factors that contribute to slower-paced ripening. Our wines are refined and elegant, with balanced fruitiness, bright acidity and structured tannin."
- Catherine Eisele, Volker Eisele Family Estate 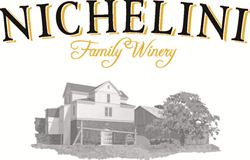 This Merlot includes 14% Cabernet Sauvignon and reflects the concentrated depth of flavor that 36-year-old vines can produce. Rich in color, it has soft and textured fruit flavors especially black cherry and raspberry. Hand-selected, harvested at night and aged in 40% French and 60% American oak, this wine stood out early, and turned out to be a wine reminiscent of the Bordeaux region in France where Merlot originated. Truly a romantic wine to fall in love with! 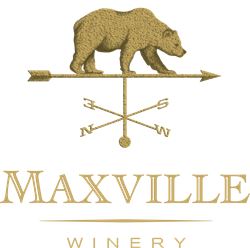 This 2018 Zinfandel comes from old vines in Chiles Valley, and is a very fruit-driven, exuberant wine