The Rutherford AVA is a centrally located Napa Valley sub-appellation on the valley floor, known for its warm abundant sunshine and cool evenings, which is well suited to wine production. Also known for its numerous historic and famous vineyards.

Rutherford is located at the widest part of Napa Valley, therefore the vines enjoy the most sun of any of the valley floor appellations. This makes for phenolically ripe wines with soft tannins and dense fruit. The benchland, which has deep gravelly soils and protection from the hot sun, imbues a nobility and elegance into the mix, along with distinctively grainy tannins which some associate with the term “Rutherford Dust.” The western benchland is protected from the hot afternoon sun by the mountains of the Mayacamas; across the valley, along the eastern edge of the appellation, a complex series of hills and folds in the Vacas make for a series of unique microclimates.

Rutherford is home to some of Napa Valley’s most famous and historic wineries but it also contains some large tracts of vineyard holdings by larger farming operations. Cabernet Sauvignon is the dominant grape here but Sauvignon Blanc is also plentiful and being planted this far north makes for an especially charming and tropical wine.

The Rutherford AVA is located in what was the original Rancho Caymus land grant that was awarded to early Napa Valley pioneer George C. Yount in 1836. The land grant consisted of two leagues of land bestowed by Governor Nicolas Gutierrez, with influence from Yount's friend General Mariano Vallejo. In 1864, George Yount gave a 1040 acre portion of the rancho to his granddaughter Elizabeth and her new husband Thomas Rutherford as a wedding gift and the area still bears their name to this day. While George Yount is considered the first person to plant grapevines in Napa Valley, the Rutherfords were among some of the early Napa winemakers as well, planting vineyards through the late 1880's.

In the late 1880's the root louse Phylloxera infested much of Napa County, slowing wine production in most areas to a standstill. However, grapevine planting and growing in Oakville were not affected as much as other regions in the Napa Valley. The first person to import grapevines with Phylloxera resistant rootstock was Georges de Latour, who purchased four acres of land near Rutherford in 1900 and named it "Beaulieu" or "Beautiful Place." De Latour went on to become a prominent supplier of Phylloxera resistant rootstock to other vineyards throughout California.

In 1920 with the passing of Prohibition, many Napa Valley wineries were forced to shut down or begin producing grape juice instead. Through his close connection with the Catholic Church, Georges de Latour was able to stay in business by producing Sacramental Wine for religious ceremonies.

After the repeal of Prohibition in 1933, De Latour continued to produce fine table wines for the public and gain recognition for Napa Valley as a region producing high quality wines. De Latour's Beaulieu winery and nearby Inglenook winery began to earn gold medals in international competition and in 1939 Rutherford's reputation for fine wines was established when Georges de Latour won a gold medal at the Golden Gate International Exposition for his 1936 vintage Cabernet Sauvignon.

In addition to solidifying Rutherford's status as a fine wine producing region, Georges de Latour also inspired a younger generation of many of the region's more contemporary winemakers such as Andre Tchelistcheff. During his career as a winemaker, Tchelistcheff introduced new methods of winemaking including vineyard frost protection, cold fermentation and malolactic fermentation and was the creator of the original "Georges de Latour Private Reserve" label.

Oakville AVA was officially recognized as an American Viticultural Area in 1993 and today is home to some of Napa Valley's most historical and critically acclaimed vineyards and wineries. 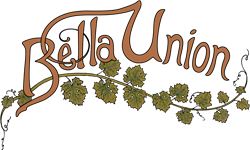 Approachable yet cellar-worthy, this vintage leads with a luscious cherry-floral perfume, with soft espresso and spice undertones. The palate is generous and loaded with velvety tannins, red cherry and berry flavors, along with hints of cocoa and raspberry preserves, along with the dusty-earth accents that are hallmarks of the Rutherford Bench.

Rich with a dark red hue bursting with concentrated fruit flavors of blackberry, raspberry jam, and cherry pie; it has a floral bouquet on the nose and finishes with classic earthy Rutherford dust. 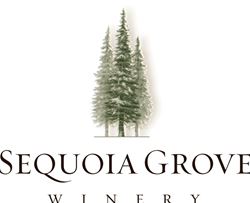 Our Tonella Vineyard Cabernet Sauvignon is the height of Rutherford winemaking, telling the story of the idyllic 2016 vintage and showcasing outstanding Rutherford Terroir