The Oak Knoll District AVA is a Napa Valley Appellation located at the southern end of the mid-valley floor, known for its close proximity to the San Pablo Bay, resulting in relatively cooler and more moderate temperatures.

"Oak Knoll District is located in the southern end of central Napa Valley, California and was officially designated an American Viticultural Area in 2004. Known for its relatively cooler climate and long growing season, the Oak Knoll District is one of Napa Valley's more renowned sub-appellations. Oak Knoll is one of Napa Valley’s flatter appellations and it enjoys primarily deep loam soils. Its location to the north of Napa city places it right in the path of the daily fog that creeps up from the Bay, making it one of the cooler AVAs. Because of this, many white grapes can be found here, along with pockets of Merlot, Cabernet Sauvignon and some old vine Zinfandel.

The center of the appellation is dominated by rich fluvial soils, which are deposited over time by the rivers meandering path and regular flooding. These deep fertile soils make for fruity and charming wines (no strict mountain tannins here!). Things get slightly more complicated in the west, where a small alluvial fan sits at the base of Mount Veeder; here the soil is more gravelly and the terrain slightly undulating. From a climatic perspective, the regular fog keeps the temperatures down, which means the wines tend to be among the more elegant and understated in Napa Valley.

The area now known as the Oak Knoll District was originally part of the Rancho Napa land grant, nearly 23,000 acres of land given to Salvador Vallejo in 1838 by Mexican Governor Juan Alvarado. Salvador Vallejo was the younger brother of General Mariano Vallejo and had served as the Captain of Militia at the Sonoma Mission. Rancho Napa bordered George C. Yount's Rancho Caymus to the north and Rancho Yajome to the east, on the other side of the Napa River.

In 1851 Joseph W. Osborne was one of the first people to introduce fine vinifera varieties to the area, including Zinfandel, after purchasing an 800 acre plot of land in Rancho Napa. He named it Oak Knoll Ranch and as early as 1857 was already winning awards in the Bay Area for his wine made from "Foreign Grapes." Despite this early recognition, viticulture was not the most important agricultural activity here during this time, with only around 5% of available land used for vineyards in the 1880's. Then, local wine production declined even further with the onset of Phylloxera in the late 1890's and Prohibition in 1920.

"The Oak Knoll District is a unique and distinctive grapegrowing area that has been informally recognized as a viticultural area for decades. It deserves to be recognized as an important American Viticultural Area within the Napa Valley."
- Janet Trefethen, Trefethen Vineyards

"The location of the Oak Knoll District at the mouth of the Napa Valley, with our warm sunny days moderated by the daily cool breezes off of the bay, means that the fruit can ripen slowly, maintaining freshness and aromatic lift, while developing a soft and elegant mouthfeel with balance and finesse."
- Steve Matthiasson, Matthiasson Wines

Meaning “light” in Latin, Luminus naturally represents the radiance of this Chardonnay. Like the brightness and purity that the name conjures, Chardonnay from the Oak Knoll district is known for its uncommon focus. The Chardonnay fruit from the Big Ranch Vineyard is known for its elegance and balance and our winemaker gravitated toward this acid driven, food-friendly style of Chardonnay.

The Limited Release Gaspare Vineyard Cabernet Sauvignon is made from estate-grown grapes. Our vineyard is located in the Oak Knoll District of Napa Valley, which is known for its moderate growing climate which encourages consistent ripening throughout the growing season.

Vaca Vista Vineyard sits upon the valley floor in the Oak Knoll District and is our debut Cabernet Sauvignon vineyard in the appellation, set against a scenic backdrop of the Vaca Mountains to the east. The vineyard’s well-drained, gravelly soils and moderate climate provide even ripening, resulting in this structured and polished Cabernet Sauvignon. 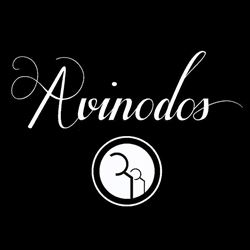 This single vineyard Malbec is sourced from the Oak Knoll District AVA. Known for its deep purple color, this varietal is not typical for most Napa Valley regions, but is quickly growing in both acreage and consumer demand.