Keynote speaker Joe Lacob, Owner and CEO of the Golden State Warriors opened his comments by sharing that because his team has achieved many successes, continuing that momentum is now his top priority. Lacob then posed the key challenge of the day: “How do we sustain excellence?”

Lacob’s comments as a business owner were especially poignant to many in the crowd of 400 guests who are winery owners or principals, since he talked about setting an example for his team.

“I think being a leader is about demonstrating how much you care, and you show that by being present and not overlooking the details,” Lacob said. “Like the NVV, we are all in the relentless pursuit of excellence each and every day. This attitude is imbued throughout the organization, an attitude that each one of us is part of creating and maintaining something great.”

NVV Chairman of the Board David Pearson echoed the same spirit and emphasis on the future. “We have to pass this exceptional place on to our children,” said Pearson.  “There is so much work to be done, but so much to celebrate at the same time.”

NVV President and CEO Linda Reiff reflected on the key milestones and accomplishments of the NVV in the last 75 years. While taking a moment to highlight many successes in the areas of marketing, education, community and environmental stewardship, like Jacob, Reiff shared her vision about sustaining excellence.

"How do we keep this going, how do we stay at the top of our game? The answer is the same today as it was 75 years ago, the answer is you. With your leadership and your involvement. Napa Valley vintners do not sit back and let someone else do the work. We do the work, and we do it together," she said.

In recognition of this collaborative spirit, and their deep commitment, 25 past NVV Board of Directors Chairs were welcomed to the stage for a round of appreciative applause.  These same 25 individuals will act collectively as the co-chairs for this year’s Auction Napa Valley.

The meeting wrapped up with the NVV being presented with national, state and local proclamations in recognition of the NVV’s accomplishments over the last 75 years by California State Senator Bill Dodd and Napa County Board of Supervisors Chair Ryan Gregory.

The attendees then moved on to toast these fabulous accolades at a Tasting through the Decades reception featuring 300 wines from deep within the cellars of member wineries including: 1958 Charles Krug, 1961 Beaulieu Vineyard, 1975 Caymus, 1976 Heitz Cellars Martha’s Vineyard and 1987 Freemark Abbey, Cabernet Sauvignons.

About the Napa Valley Vintners
The Napa Valley Vintners nonprofit trade association has been cultivating excellence since 1944 by inspiring its 550 members to consistently produce wines of the highest quality, to provide environmental leadership and to care for the extraordinary place they call home. In 2019 the NVV is celebrating its 75th anniversary. Learn more at napavintners.com. 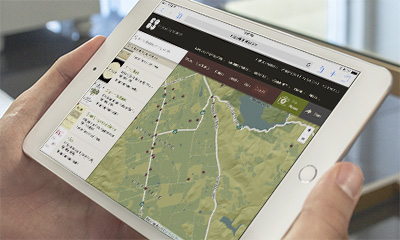 Locate wineries, create your itinerary, get directions and send to your phone with our new interactive map.